New skaters came out again this week, and we took a climbing route over to Echo Park. Except not really. We did 12 and a half miles and a litte over 900 feet of climbing. We did have new skaters, one of them quad. We had a skateboarder and a guy who showed up on a Harley. But Echo Park is closed 'n' stuff. Wrapped in a big, green, chain-link fence. The opinion of the group ranged from the opinion that the fence was "somewhat distracting"to "it sucks" when compared to the same park without the large fence. 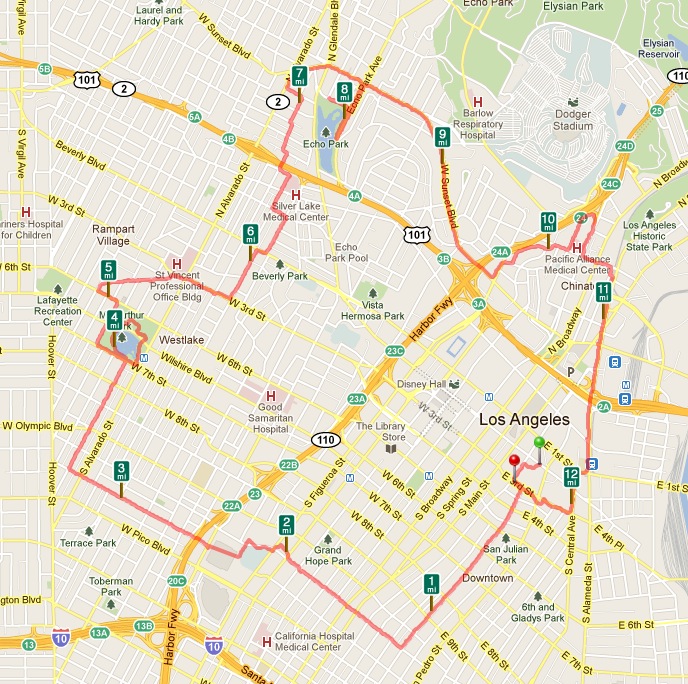 Also rated in the "That was great!" to "Not so much" range was the climb up Ocean View in Rampart Village.  We took the big ride down Sunset into downtown again, then had a weird and disorganized stumble through Chinatown before wrapping it up. Afterwards we went home... because that's where we live.

Next week will be a nice flat skate... because we've earned it.