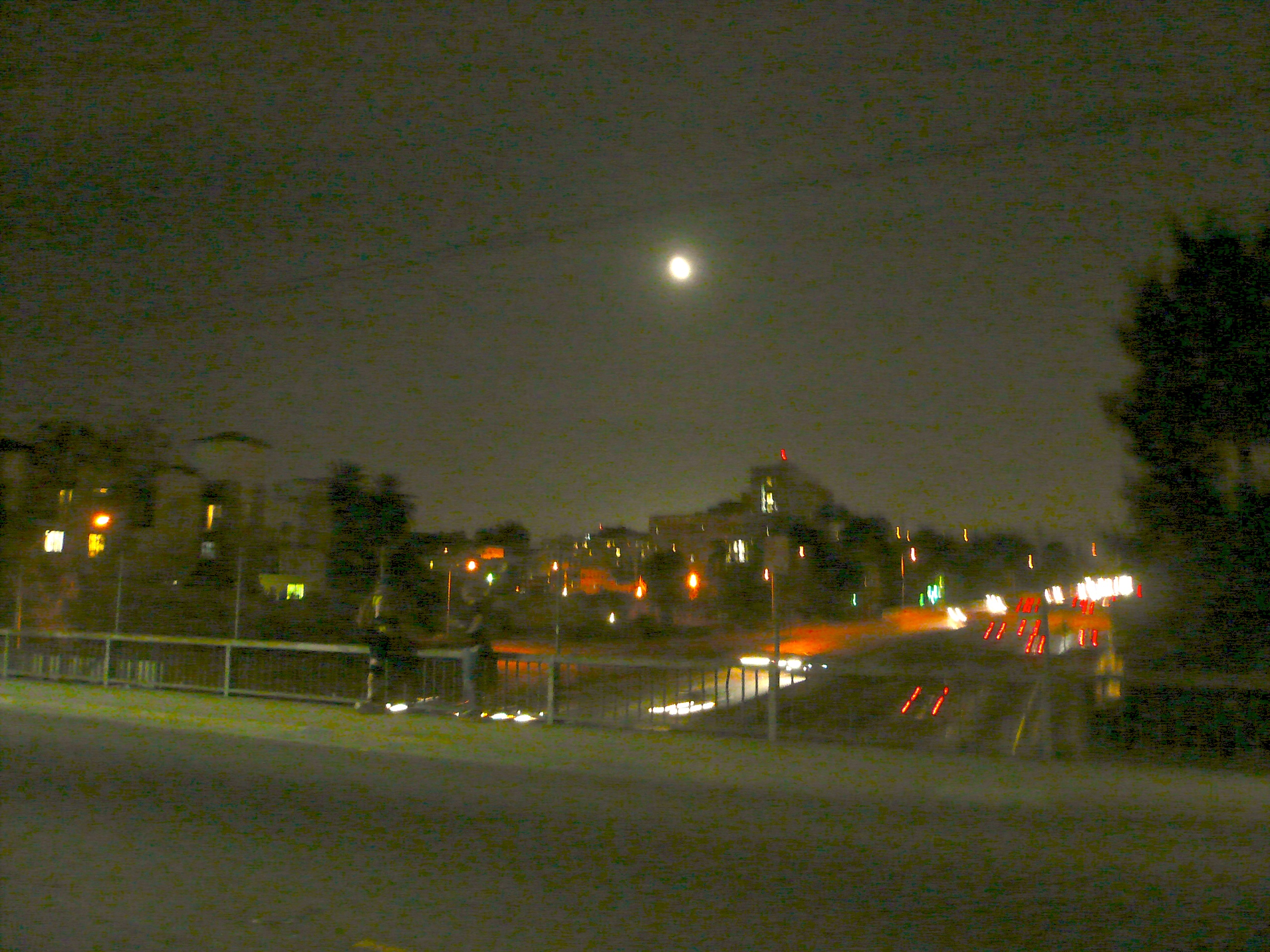 September 13th's skate took us through midtown, up and over Sunset, past Silverlake, and down the LA River. We had a decent turnout, and with the exception of a mixed interdiction from the police was more or less uneventful.  (First they told us to skate on the sidewalk, then in the bike lane, then to only take one traffic lane... i don't think they know where we're supposed to skate.)

The highlight of the skate was definitely the LA River Path in the moonlight. It's such a great thing to be able to enjoy the sounds of the gently falling river complimented by the whizzing of wheels as the soft moonlight brings out the subtle colors of night.

We totaled up almost 15 miles and we finished in a little under two hours.  Travis came in from NoHo for the skate (woot!), and a few of us skated from my place in BH to downtown and back afterwards.  Thanks skaters, hope we see you next week!